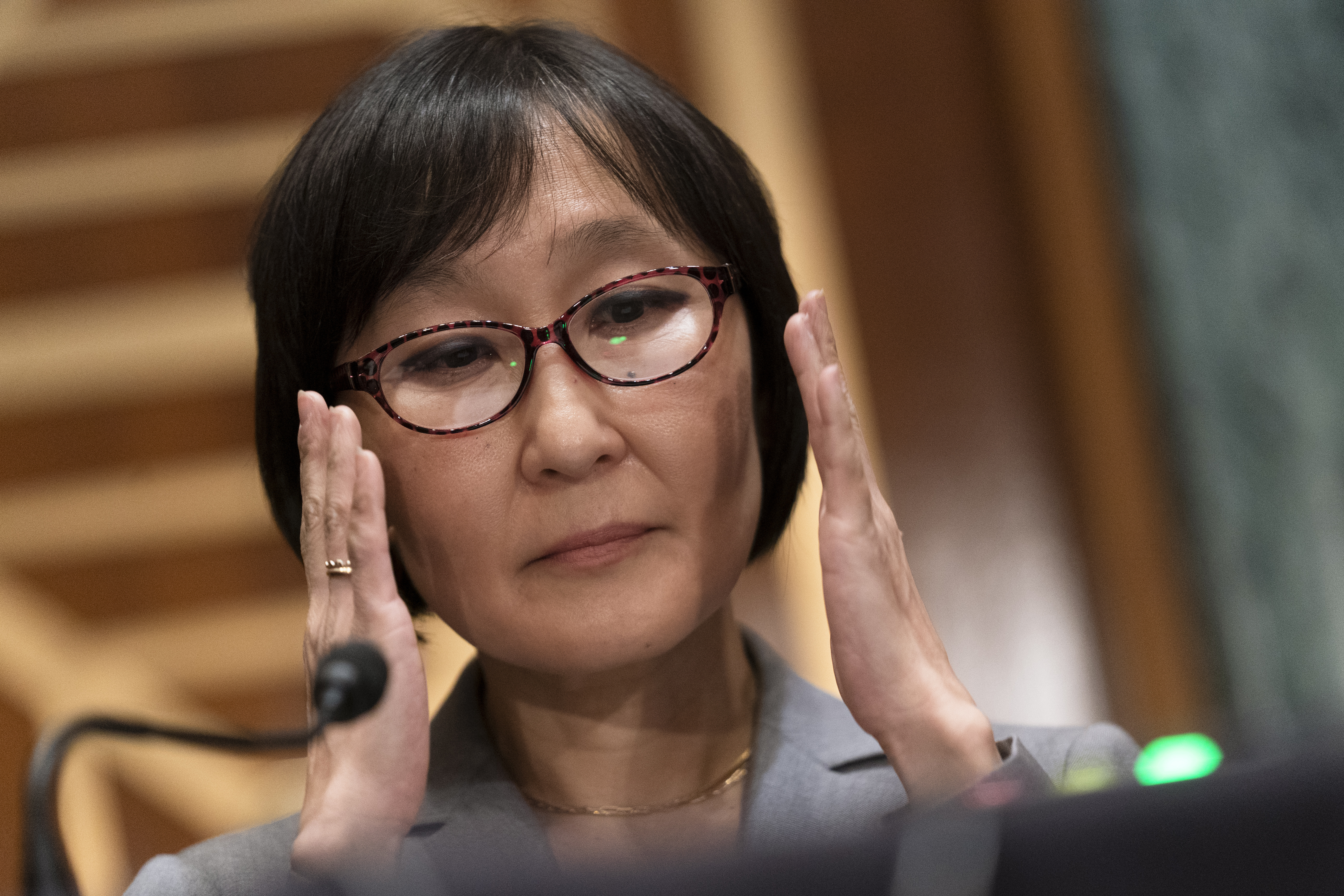 At least five moderate Democratic senators have reportedly told the White House that they will not support its beleaguered candidate for head of the Office of the Comptroller of the Currency.

Such opposition within his own party would effectively kill the appointment of Saule Omarova as head of the powerful banking regulatory agency.

According to According to a report released Wednesday night by Axios, the five Democratic senators include three members of the Senate Committee on Banking, Housing and Urban Affairs.

The Democratic senators on the panel who are expected to approve Ms Omarova’s appointment, according to Axios, are Senators Jon Tester of Montana, Mark Warner of Virginia and Kyrsten Sinema of Arizona.

The other two Democrats reportedly opposed to Ms. Omarova are Senators John Hickenlooper of Colorado and Mark Kelly of Arizona.

Axios reported that senators informed the chairman of the banking panel – Senator Sherrod Brown, Democrat from Ohio – and / or officials in the Biden administration of their opposition.

But the White House still publicly supports their candidate of Soviet origin.

“The White House continues to strongly support his historic appointment,” a White House official told Axios. Ms. Omarova “has been treated unfairly since her appointment with unacceptable red bait from Republicans as if it were the McCarthy era.”

Ms. Omarova is a professor of law at Cornell University and has written extensively on oversight of the private banking sector and the use of federal regulatory powers over it to foster leftist political initiatives.

She also said she wanted the fossil fuel industry to go bankrupt to tackle global warming and that she would support blocking credit to “sub-optimal” industries such as arms dealers.

In a hearing last week, Republican Senator John Kennedy of Louisiana asked Kazakhstan-born Ms. Omarova, who graduated from Moscow State University in 1989, about her membership in communist youth organizations.

Mr Kennedy said at one point that Ms Omarova joined a Marxist Facebook group in 2019 “to discuss socialist and anti-capitalist views”.

â€œI don’t know if I should call you ‘teacher’ or ‘classmate’, he told her.

Ms. Omarova denied being a Communist and told Mr. Kennedy, â€œI couldn’t choose where I was born. I do not remember having joined a Facebook group adhering to this ideologyâ€¦ my family suffered under the communist regime.

The offices of the five Democratic senators appointed by Axios declined to comment or did not immediately respond to a request for comment, the news site wrote on Wednesday evening.