How did Kody, Meri and Christine Brown make the system work?

Comments Off on How did Kody, Meri and Christine Brown make the system work? 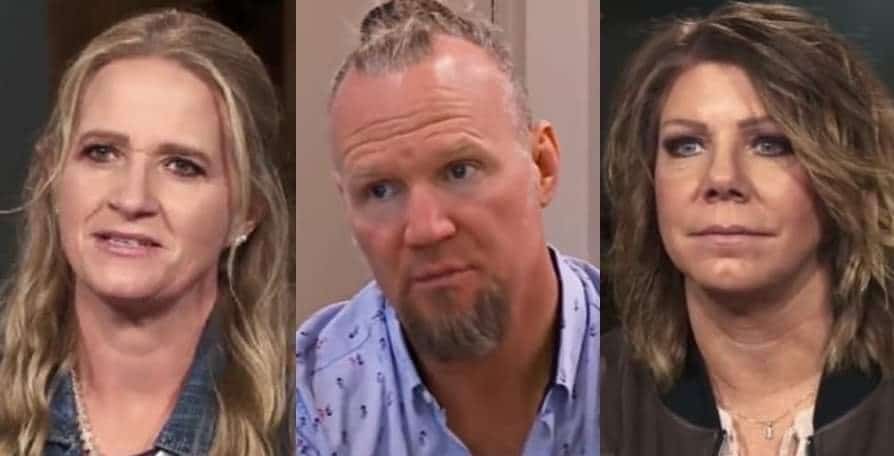 Christine Brown has openly admitted to Truely’s kidney problems as a toddler left her with exorbitant debt. Securing insurance in a plural family is not the easiest thing and it is apparently left to the mother. For Ysabel’s scoliosis surgery, Christine said she was waiting for the insurance to kick in. sister wives fans were surprised that the kids weren’t covered or had to worry. Wives may be much more stable now, enough to leave Kody if they wish, it wasn’t always that way. There was a time when they relied heavily on each other. In fact, the family was in such dire financial straits that they were doing and saying everything they could to get out of it.

One of the best things Christine brought to the family was her housewife side. She kept the house and took care of the children. As for the other two original wives, Meri had part-time jobs while Janelle was admittedly a workhorse. Kody was still into something even though no one was quite sure what it was. He wanted to make babies and move. They had a well-oiled machine and never had to worry about subjecting their children to scrutiny. The Brown babies went to polygamous schools or were homeschooled. Then, in 2005, Kody and Meri realized their lifestyle was too much to handle. So they filed for bankruptcy.

Janelle had just given birth to Savanah a few months before. In the documents, obtained by RadarOnline, the couple owed $229,873.49 to their creditors, about half of which was in mortgages. There was about 40,000 in credit card debt and 7,000 in car loans. They also raised nearly 3,000 at Sears and 8,000 at Home Depot. Apparently Kody and Meri had ten dollars in cash and five dollars in their joint account. As for work, Kody worked as a salesman for a Montana brand doing 4K/month. Meri earned $625/month working for engravers. Yet the mortgage was on a house in Wyoming.

Ultimately, more than two years later, they were ordered to pay $187,885.74 in costs and others. To add to all that, Kody and Meri reportedly claimed Janelle’s six children in their bankruptcy. It looked like they had six children, not just one. It wasn’t fair to Janelle who was still contributing financially to the family. Unfortunately, their troubles were not over and this time it was going to involve the other two wives.

Speaking of Janelle, she filed for bankruptcy in 1997, just four years after joining the family. Not much is known about her status, but Christine Brown was also not exempt from the curse of brown bankruptcy. She actually filed in 2010, the same year sister wives created, according to Hollywood gossip. Although she had a listed “mate” who contributed $1,200/month, she listed herself as single. In the end, she was written off about 25,000 debts. No one knew she was actually married in a sense and her TLC earnings may have been listed under Kody’s name.

Because they always seemed “single”, Janelle and Christine got more than they deserved. As for Meri, she and Kody seemed to owe the government less. Did claiming six more children help? May be. While it looks like they did it all when the series premiered, that wasn’t the case behind closed doors. Meri had just been fired from her job, leaving Janelle and Kody as the sole providers.

They were about to invite a fourth wife into the house who would have her own debt. In addition, all wives received or had received food stamps and government assistance. Now, Meri treats Christine horribly since she left the family, publicly mocking her cooking show. There was hardly any relationship between Janelle and Meri when the pandemic hit. After all they had been through and survived, it’s a shame to see him fall apart like this.

Are you surprised they were in such financial ruin before they started the show? Was it fair to act like life was perfect when they were bankrupt and on relief?

Amanda has been a professional freelance writer for over a decade. She holds a bachelor’s degree in politics and a master’s degree in communication. Her passions include music, animals, Disney, iced coffee, summer, and bad reality TV, especially Housewives and Vanderpump Rules.