11 movies to see in Bay Area theaters during SFFilm 2022 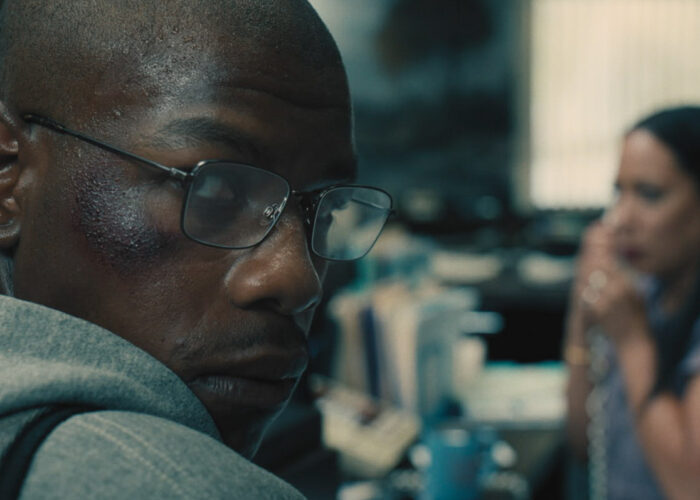 For the first time since 2019, the San Francisco International Film Festival will be held in theaters across the Bay Area, bringing together numerous films between its opening drama “Stay Awake,” screened Thursday, April 21, and its closes April 30. “Cha Cha really smooth.”

Here are some of the highlights of the festival’s lineup:

A teenager dreams of one day joining a colony on Mars, while his family here on Earth struggles but strives in this lively Brazilian drama that observes not only the daily life of the clan, but also their individual ambitions and the secrets they hold. are hiding.

If ever a movie demanded to be seen on the big screen, it was this documentary from Berkeley filmmaker Sara Dosa, which premiered at the Sundance Film Festival in January. The story of French volcanologists Katia and Maurice Krafft, told through the couple’s images and photos of lava flows and ash plumes, captures the majesty and danger of an earth in motion.

Dosa, with the help of narrator Miranda July, tells a story steeped in science and romance, tracing the couple’s passion for their work and for each other.

“The hill where the lionesses roar”

Franco-Kosovar actress Luàna Bajrami (“Portrait of a Lady on Fire”) was only 18 when she made this film, her writing-directing debut in which three young Kosovar women refuse to accept the hopeless future that awaits them and star in spectacular scenes. fashion.

More than 30 years ago, Oscar-nominated director Christine Choy sought out the exiled leaders of China’s 1989 Tiananmen Square protests, but abandoned the project. Now she’s handing over the reins to two of her former New York University students, Violet Columbus (daughter of ‘Mrs. Doubtfire’ director Chris Columbus) and Ben Klein for this gripping documentary – winner of the Grand Jury Prize for Documentary American Sundance – blending old and new footage in an examination of the aftermath of a strangled revolution.

When a would-be assassin poisons Russian politician Alexei Navalny, Daniel Roher’s documentary becomes as much a taut thriller as it is a profile of a man with the temerity to oppose Vladimir Putin.

Essential viewing in the wake of Russia’s invasion of Ukraine, “Navalny” – winner of the Audience Awards and Festival Favorite at Sundance – provides foreshadowing and context to current events rocking the world.

In his feature debut, writer-director Mariano Biasin elicits strong performances from his young cast in a winning drama that captures youthful aspirations, all set to a seductive garage rock beat.

This slow-burning, headline-ripping thriller – the festival’s flagship film – stars John Boyega as an Iraqi war veteran who takes hostages at a Georgian bank in his campaign for Veterans Affairs to do what it takes for him.

Former San Franciscans David Siegel and Scott McGehee (“What Maisie Knew”) visit the land of Big Sky for their first film in nearly a decade.

Against the natural beauty of rural Montana, an ugly tale of family dysfunction emerges as their father’s impending death forces the estranged siblings (both terrific Haley Lu Richardson and Owen Teague) to come together and confront the issues that separated them.

Terence Davies’ first feature film since the 2016 Emily Dickinson biopic “A Quiet Passion” pays homage to fellow poet, Siegfried Sassoon, in a drama that draws a stark contrast between his fiery youth and muted old age.

Jack Lowden and Peter Capaldi star as Sassoon in a gorgeous film that uses the writer’s verse as the story weaves through time.

“I didn’t see you there”

Oakland filmmaker Reid Davenport won the American Documentary Achievement Award at Sundance for this documentary shot entirely from his point of view as he navigates everyday life in a wheelchair.

A circus tent popping up near Davenport’s apartment inspires commentary on freak show history and attitudes towards those seen as ‘freaks’, while blocked railings and other obstacles underscore the recklessness and the microaggressions of today’s world.

The activism of Wanda Johnson, Oscar Grant’s mother, in the years following her death in 2009 on a BART platform is at the forefront of this documentary, focusing on mothers left behind when their children are killed by the police.

While depicting families’ emotional wounds and survivors’ efforts to change laws and institutions, the film also depicts Johnson helping Angela Williams, a woman from Troy, Alabama, whose son survived a beating by the police. police, fight for justice.