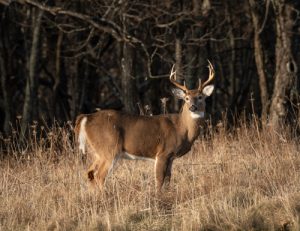 Since its discovery in 1967, CWD has spread geographically and its prevalence has increased locally, according to the US Geological Survey.

“CWD is a growing threat to wildlife and livestock, impacting sportsmen, ranchers and the local ecology of regions across the United States,” Senator Hoeven said. “Our legislation would enable state and tribal governments to better manage and prevent outbreaks of this deadly disease, while advancing new methods to detect CWD and limit its spread.”

Senator Hoeven proposed the Chronic Wasting Disease Research and Management Act of 2022, S. 4111, with eight original cosponsors, including Senator Daines and U.S. Senator Martin Heinrich (D-NM) to authorize the U.S. Department of Agriculture (USDA) to administer funds allocated through cooperative agreements with state and tribal wildlife agencies and departments of agriculture, according to a summary of the bill provided by the senator’s staff. Hoven.

If enacted, S. 4111 also includes authorization for the USDA and state and tribal agencies to develop educational materials to inform the public about chronic wasting disease and would direct the USDA to review its certification program. herds within 18 months, among several other provisions, according to the summary. .