What impact will the Fed’s rate hike have on consumers and inflation? Here’s what we know

Comments Off on What impact will the Fed’s rate hike have on consumers and inflation? Here’s what we know 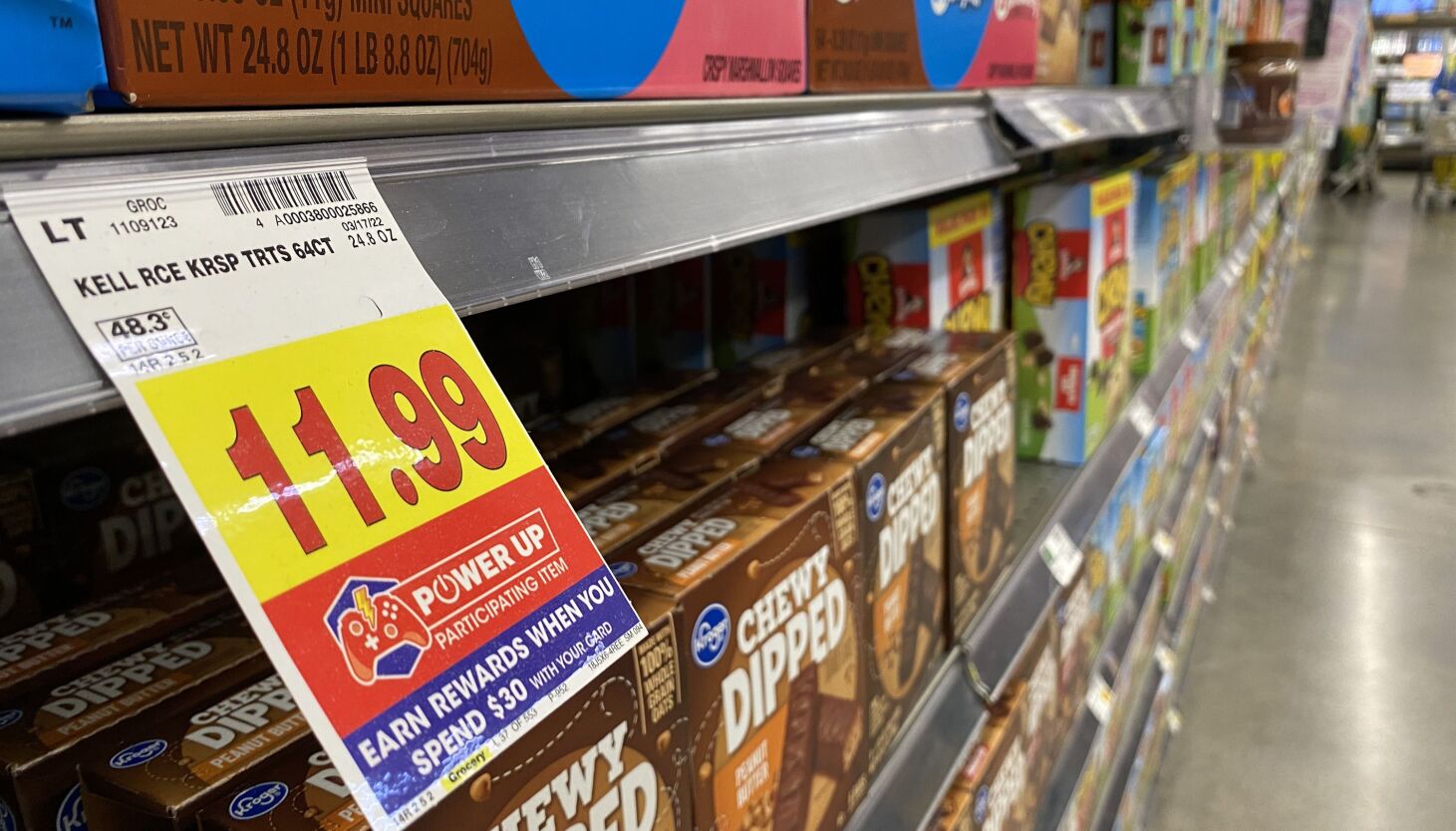 Following through on its promise of aggressive action to contain record US inflation, the Federal Reserve raised its key rate by 0.5% on Wednesday, the biggest gradual jump in 22 years.

US inflation hit a 12-month rate of 8.5% in March, according to the latest report from the US Department of Labor.

While the 8.5% inflation rate is the overall US average, Utah and other Mountain West states including Arizona, Colorado, Idaho, Montana, Nevada , New Mexico and Wyoming, recorded an annual increase in inflation to 10.4% in March.

Fed Chairman Jerome Powell said the rate hike, which is expected to be followed by further upward adjustments of 0.5% in the coming months, has a “good chance” of slowing rate hikes. inflation-induced consumer prices that are currently at 40-year highs.

“We need to do everything we can to restore stable prices as quickly and efficiently as possible,” Powell said at a press conference on Wednesday, according to CNBC. “We think we have a good chance of doing that without a significant increase in unemployment or a really sharp downturn.”

But, Powell also acknowledged that the Fed’s monetary toolkit is imprecise at best and that the hoped-for outcome of controlling inflation is by no means guaranteed.

“We don’t have precision surgical tools. We basically have interest rates, balance sheet and forward guidance and those are… notoriously blunt tools,” Powell said at the press conference.

“Nobody thinks it will be easy. No one thinks it’s simple. But there is certainly a plausible path to that,” he added.

Here’s how rising rates could impact the average US consumer:

I am considering buying a house. Will mortgage rates continue to rise?

Home loan rates have skyrocketed over the past few months, mostly in anticipation of the Fed’s actions, and will likely continue to rise. On Wednesday, Freddie Mac announced that the average interest on a 30-year fixed-rate mortgage was 5.27%, the highest in more than a decade.

“Mortgage rates resumed their ascent this week as the 30-year fixed rate hit its highest level since 2009,” Sam Khater, chief economist at Freddie Mac, said in a press release. “While housing affordability and inflationary pressures pose challenges to potential buyers, house price growth will continue but is expected to slow in the coming months.”

Mortgage rates don’t necessarily go up at the same time as Fed rate hikes. Sometimes they even move in the opposite direction. Long-term mortgages tend to follow the yield of the 10-year treasury bill, which, in turn, is influenced by various factors. These include investor expectations for future inflation and global demand for US Treasuries.

For now, however, accelerating inflation and strong US economic growth are pushing the 10-year Treasury rate up sharply. As a result, mortgage rates have jumped more than 2 percentage points since the start of the year.

How will this affect the housing market?

If you’re looking to buy a home and you’re frustrated with the lack of available homes, which has sparked bidding wars and exorbitant prices, that’s unlikely to change any time soon.

Economists say higher mortgage rates will discourage some potential buyers. And average home prices, which have been climbing at an annual rate of about 20%, could at least rise at a slower rate.

Yet the number of available homes remains historically low, a trend that will likely frustrate buyers and keep prices high.

What about car loans?

Rates for buyers with lower credit scores are the most likely to rise following Fed hikes, said Alex Yurchenko, chief data officer for Black Book, which monitors vehicle prices in the United States. Since the prices of used vehicles increase on average, the monthly payments will also increase.

Right now, new vehicle loans are averaging around 4.5%. Used vehicle rates are around 5%.

What about other prices?

For users of credit cards, home equity lines of credit and other variable-interest debt, rates would rise by roughly the same amount as the Fed hike, typically within one or two billing cycles. That’s because those rates are based in part on the banks’ prime rate, which moves in tandem with the Fed.

Those who don’t qualify for low-rate credit cards may end up paying higher interest on their balance. The rates on their cards would increase as the prime rate does.

If the Fed decides to raise rates by 2 percentage points or more over the next two years – a distinct possibility – it would significantly increase interest payments.

Will I be able to earn more on my savings?

Probably, although unlikely. And it depends on where your savings, if you have any, are parked.

Savings, certificates of deposit and money market accounts generally do not follow Fed changes. Instead, banks tend to take advantage of a higher rate environment to try and boost their profits. They do this by charging higher rates to borrowers, without necessarily offering higher rates to savers.