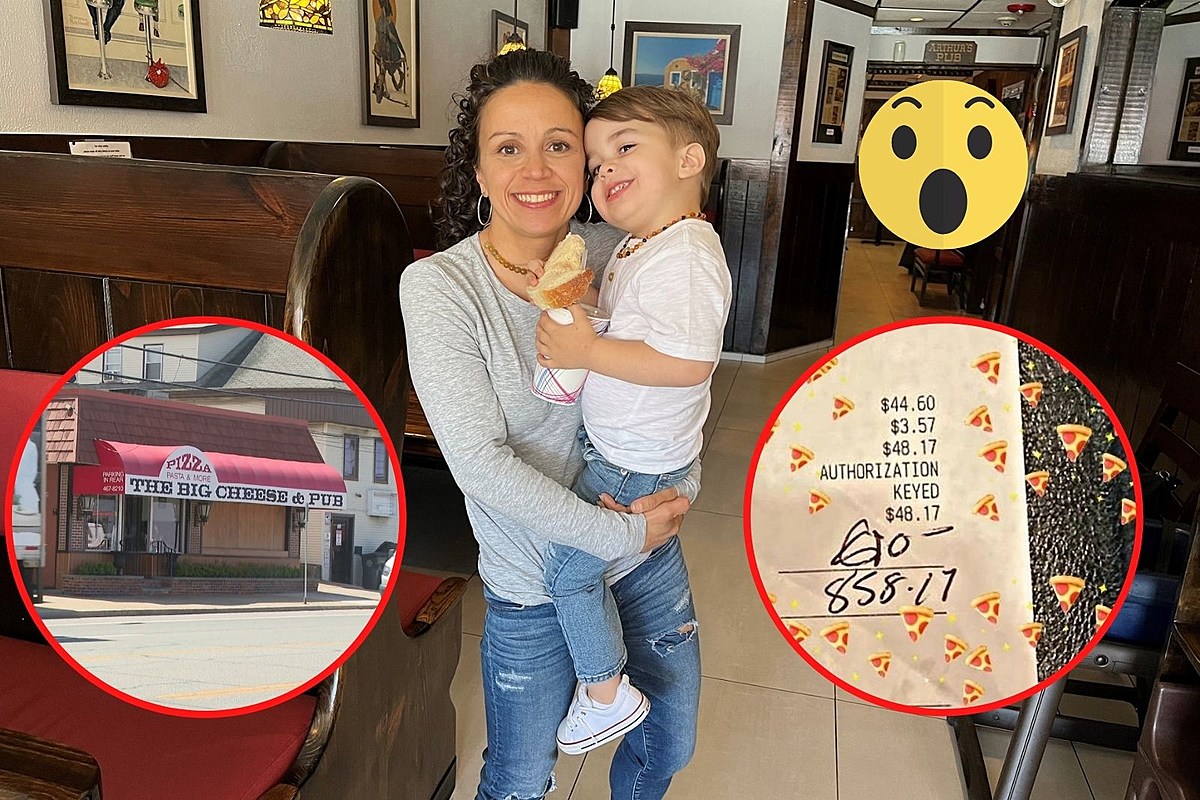 According to UPI.comJennifer Vernancio has been a waitress at a pizzeria in Cranston, Rhode Island called Big Cheese & Pub for three and a half years.

She is a single mother of a 16 year old daughter and a 3 year old son.

She told the news site that caring for her children and earning an income amid the pandemic has been difficult, to say the least.

It turns out that she had a particularly stressful day. Her 3-year-old felt sick, which meant he couldn’t go to daycare. This left Jen scrambling for a babysitter, which made her late for work. Fortunately, the pizzeria where she works is incredibly accommodating and helps her whenever she can.

Jen arrived at work exhausted and her very first table of the day changed everything. A husband and wife were warm and kind and asked Jen about herself. They ordered a few sandwiches, salads and drinks. As they walked out, they thanked Jen and told her to have a great day! She went over to where they were sitting and saw that they had left her an $810 tip on a check for $48!

She was absolutely speechless. The amount of money was extremely generous, but beyond that, the act of kindness from complete strangers left her overwhelmed and so grateful. When you’re unlucky and life seems really hard for you, if someone shows you a little humility, it can completely change things.

Jen used the money to buy her daughter a new pair of shoes, and her son is getting a toy police truck. She will use the rest of the money to pay the bills. She never got the couple’s name, but it’s safe to say she’ll never forget what they did for her when she needed it most.