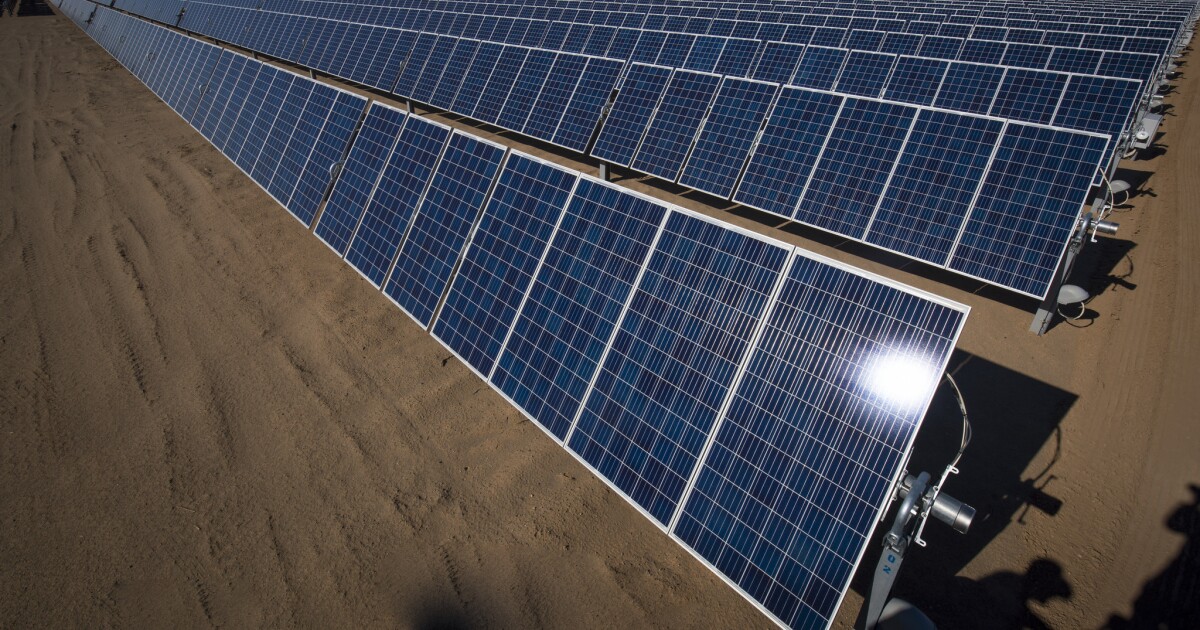 Interior Secretary Deb Haaland traveled to Las Vegas on Tuesday to announce new efforts to support the growing clean energy economy and green jobs in Nevada and the Southwest.

Climate change poses an existential threat to our environment, health and economic well-being, according to Haaland.

In Las Vegas, Haaland announced two new developments to aid renewable energy efforts. One is a new policy to reduce rents and fees charged for wind and solar projects on public lands by 50% for existing and new projects.

“This will inspire industry to partner in responsible solar and wind development and help encourage and inspire to invest and compete in the clean energy economy,” she said.

A second development is the creation of five new Renewable Energy Coordination Offices to manage the growing number of requests by wind, solar and geothermal developers through the Bureau of Land Management.

Coordinating offices include a national office at BLM headquarters, state offices in Arizona, California and Nevada, and a regional office in Utah.

Both projects are part of the Biden administration’s goal of a net-zero economy by 2050.