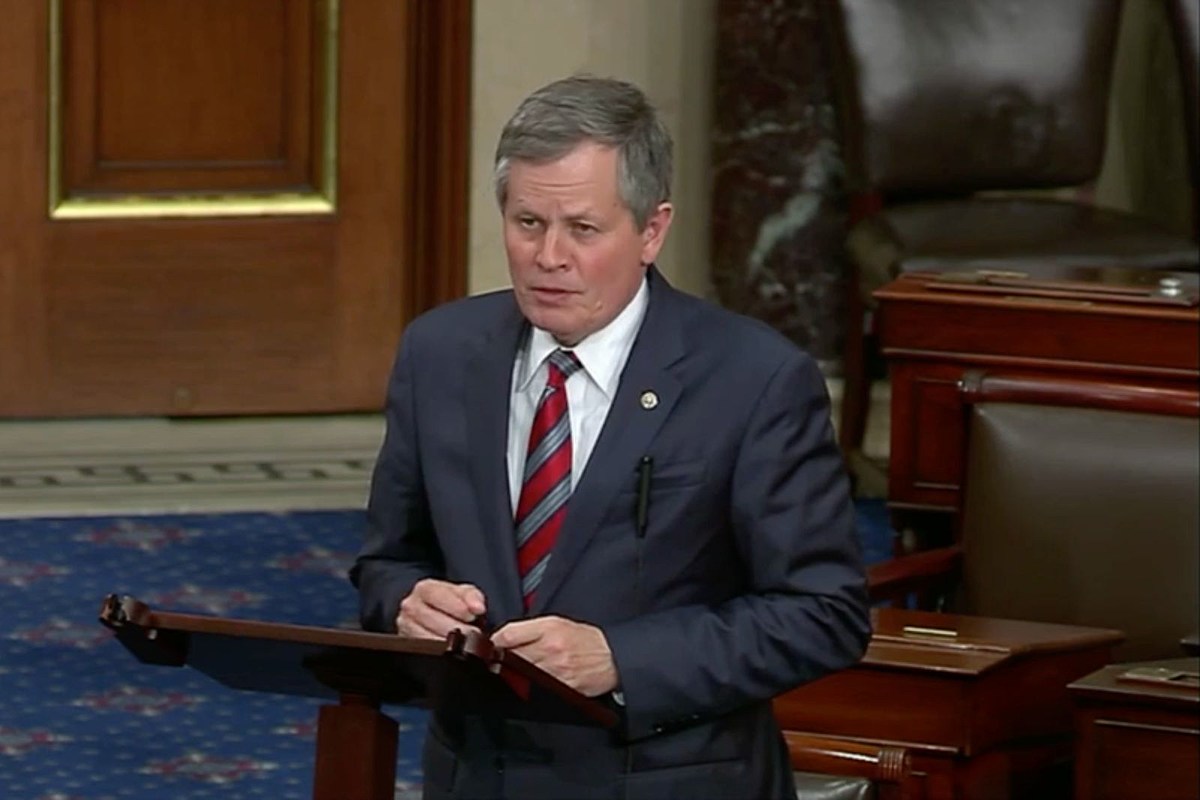 Daines appeared on the floor of the US Senate on Tuesday to express his anger and disappointment with senators who opposed the bill. He explained the premises of the bill.

“Madam President, the price at the pump has skyrocketed,” said Senator Daines. “Let’s take a quick trip down memory lane. When President Biden was sworn in, the average weekly gasoline price was around $2.30 per gallon. In fact, when we introduced the bill that we’re trying to pass today, the Gas Price Relief Act, on March 31 of this year, the weekly average was $4.02 a gallon . The weekly average is now $4.84. In fact, other studies show it’s now $5 and climbing.

Daines shared an anecdote from his last trip back to Montana.

“We believe these numbers will continue to rise, and most analysts agree,” he said. “We could be facing $6.00 per gallon of gasoline by this summer. I filled up my van in Belgrade, Montana Friday night. My wife and I stopped at a gas station and when the tank was full the price was $138. The pain at the pump Montana families are feeling today is due to the Democrats’ anti-American energy policies.

Daines asked the senators present about a possible solution, referring to what President Biden has already suggested to bring down gas prices.

” What is the solution ? ” He asked. “We hear President Biden turning to foreign dictators for more oil, tapping or oil reserves or pleading with OPEC to increase production. But perhaps the most disconnected solution I’ve heard, he simply suggests that families buy electric vehicles. I can say that won’t work in a state like Montana. The real solution is to unleash American energy and encourage American energy investment.

Daines explained the benefits of the Gas Price Relief Act.

“This bill I have with Senator Marshall was simple,” he said. “This prevents the Biden administration from imposing new rules or regulations that would reduce the production of petroleum gas or renewable fuels, which would therefore increase gas prices for hard-working Montanese. I urge my colleagues across the way to think about the hard working families across the country. How they try to make ends meet, think of their constituents, who depend on affordable gas prices to get to work or drop their kids off at school. I urge my colleagues opposite who say they support American energy development and want to reduce gas costs to support this bill.

The Senate voted this week to kill the bill.

WATCH: See how much gas it cost the year you started driving

To learn more about how gas prices have changed over the years, Stacker calculated the cost of a gallon of gas for each of the past 84 years. Using data from the Bureau of Labor Statistics (released April 2020), we analyzed the average price of a gallon of regular unleaded gasoline from 1976 to 2020 along with the consumer price index (CPI ) for regular unleaded gasoline from 1937 to 1976, including absolute and inflation-adjusted prices for each year.

Read on to explore the cost of gas over time and rediscover how much a gallon cost when you first started driving.

Discover the must-see roads in each state

WATCH: Here are the 10 US golf destinations with the most courses per capita

Find out where you can find the best access in the country for your course choice, the unique terrain that lends itself to world-class golf and what makes certain clubs stand out.