Comments Off on ‘Mat Kilau’ producer admits mistake in not mentioning Finas, Ministry of Communications 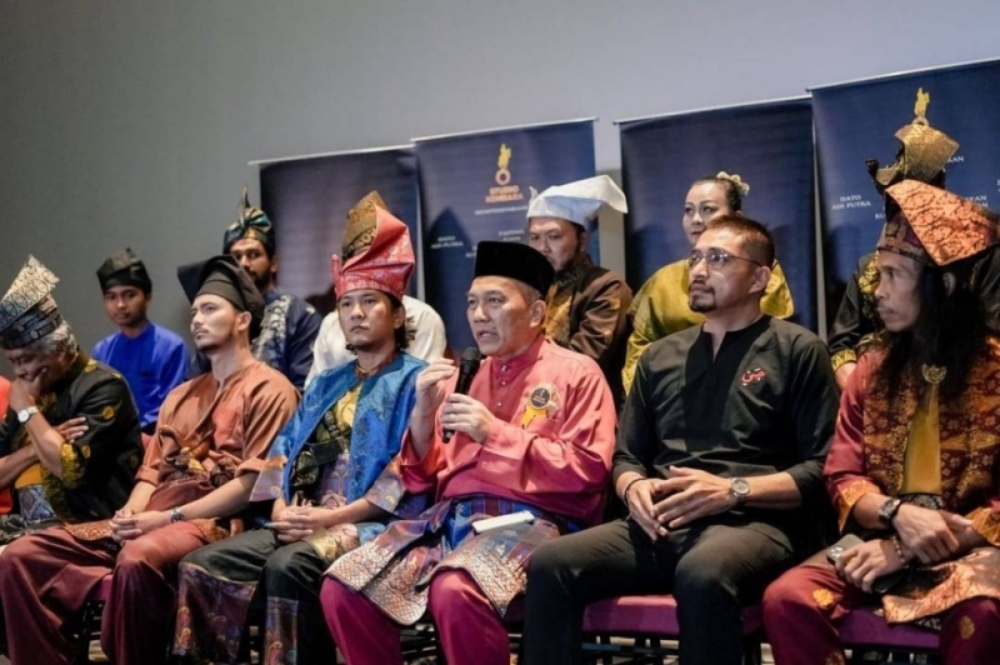 The cast and crew of ‘Mat Kilau: Kebangkitan Pahlawan’ during a press conference. – Photo via Instagram/Filem_matkilau

Finas claimed that there was a breach of an agreement because Studio Kembara (the filmmakers) failed to give proper credit to Finas and the Ministry of Communications and Multimedia in a few media related to the film, the producer of the film now admitting the error.

He admitted that as a newcomer to the local film industry, the company was still not used to handling promotional materials with the credits list.

“It happened because we neglected it. All of our credit-related matters were outsourced to a third party.

“We didn’t know we hadn’t included the Finas logo in the film’s credits until the day of the premiere recently.

“The errors also came from us not properly checking the film before its release,” Abdul Rahman said.

The 62-year-old also said the company had submitted a letter to Finas apologizing for the incident and looking forward to meeting with Finas representatives.

He also said there was no conflict between the two sides

Previously it was reported by Berita Harian that Finas had asked his lawyers to review his credit agreement with Studio Kembara.

According to Finas Managing Director Prof. Mohd Nasir Ibrahim, they found that Studio Kembara had not given the film proper credit as per their agreement.

He said the producers did not include Finas’ logo in their print materials for the film, even though it was stated in the deal.

“Other than that, (our) credits on the film’s credits were only added seven days after Mat Kilau: Kebangkitan Pahlawan was shown in cinemas.

“This is clearly a breach of contract that has already been agreed and corrected by both parties,” he said.

Nasir also pointed out that Finas had provided RM1.5 million through the Digital Content Fund (DKD) to the film producers so that they could revive the RM8 million budget film which was previously scrapped.

“Besides DKD, Finas had also provided them with marketing fund worth RM300,000 in addition to lending our post-production studio to Studio Mixtage, Kompleks Studio Merdeka worth RM180,000 for free,” did he declare.

Nasir added that Finas was surprised when the film’s producers half-heartedly apologized for their breach of contract and even blamed Finas for not telling them about their credit deal.

Apart from this, commenting on Datuk Adi Putra’s performance as a prominent Malay warrior, Mat Kilau, in the film, Nasir said that more holistic research is needed whenever a historical figure is involved in a film. .

“The character, his looks, his accent, his walking style and his silat, everything has to be studied. For example in Gandhi’s film (1982), the actor studied and lived like the character.

“The actor put in all this effort to be able to portray Gandhi as the way Indian citizens see the figure,” Nasir said referring to Sir Ben Kingsley’s acting efforts in the 1982 Hollywood biopic.

Critics had arisen regarding Adi’s portrayal of the title character.

However, Nasir, in a press release shared on Finas’ Facebook page, also took the opportunity to congratulate the success of the film, while emphasizing that the success is proof of the resilience of local films to overcome challenges. of the Covid-19 pandemic.

“We at Finas hope the growing support for this film can spark more interest in other local films.

“We also hope it will encourage local filmmakers to produce more quality works that could penetrate local and international markets,” Nasir said in the press release.

The film Syamsul Yusof is a historical action drama set in the late 19th century during the British administration in Malaysia.