Has your crypto exchange gone bankrupt? The best money moves to make next, according to experts

Comments Off on Has your crypto exchange gone bankrupt? The best money moves to make next, according to experts 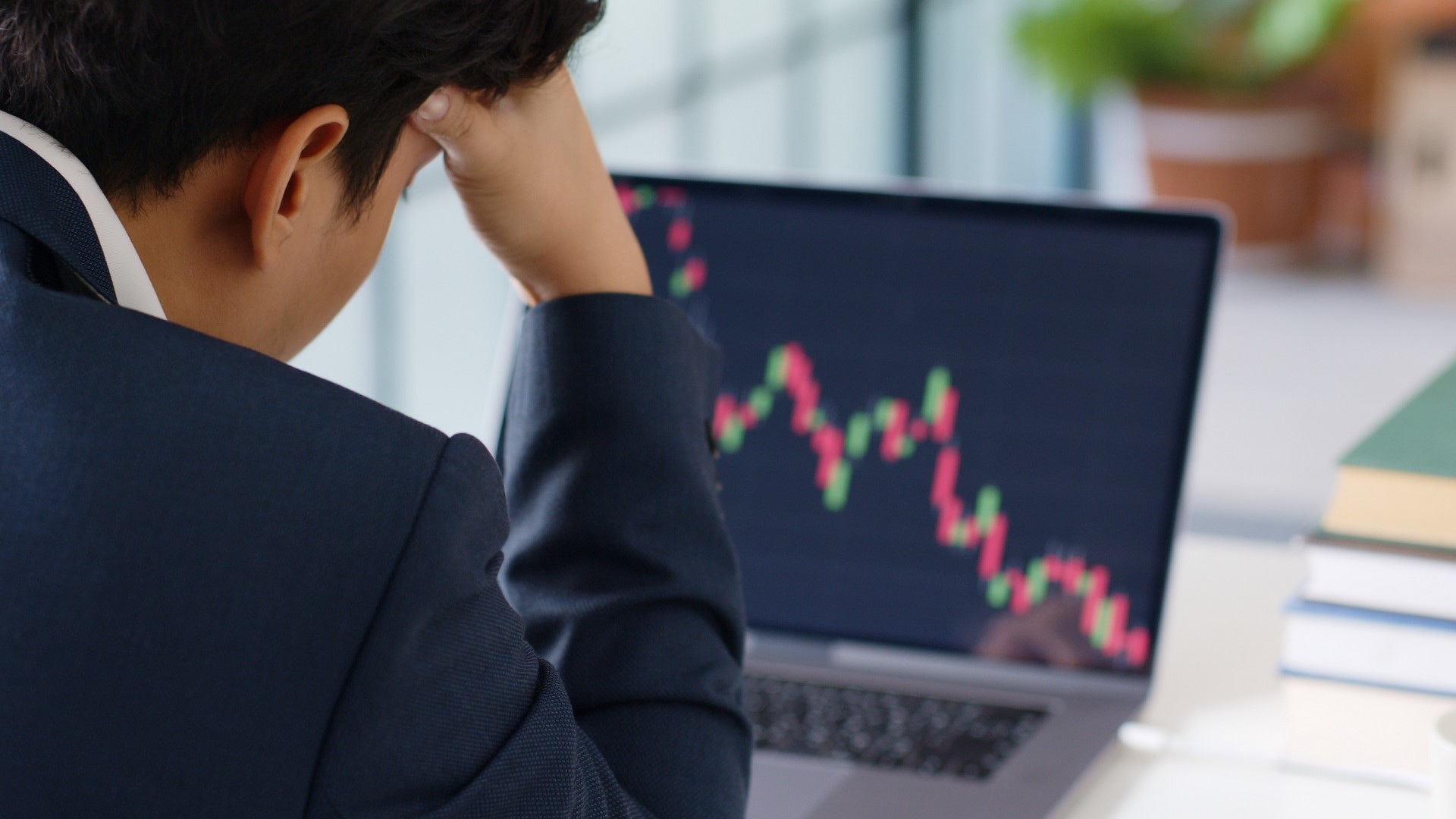 This crypto winter has been particularly harsh following the recent collapse of several crypto platforms which left investors frustrated as to how to recover their assets.

Find out: Will Crypto recover? Here’s what you need to know
Discover: 7 things you should never do when planning your retirement

Crypto lending platforms Voyager Digital and Celsius promised eye-popping returns to their clients – until they both filed for bankruptcy in early July due to their exposure to the now infamous Three Arrows Capital, which has itself went bankrupt after the implosion of Terra LUNA and its stablecoin TerraUSD (UST).

Voyager makes loans, “usually in the form of a specific type of cryptocurrency, to counterparties in the cryptocurrency industry to facilitate liquidity or trade settlement and interest earned on company loans. are passed on to customers, who earn a ‘return’ on their cryptocurrency storage,” the company explained in the bankruptcy court filing.

Celsius, which had a similar pattern, said in its bankruptcy filing that “these Chapter 11 cases will provide debtors ‘respite’ to negotiate and implement a plan that will maximize the value of its business and generate recoveries. meaningful to our stakeholders as quickly as possible.”

According to the court filing, Celsius has a $1.2 billion deficit on its balance sheet and owes users $4.7 billion. The company says it has $167 million in cash, “which will provide sufficient liquidity to support certain operations during the restructuring process,” according to a statement announcing the Chapter 11 proceeding.

The collapse of Terra and the loss of over $50 billion in Luna and UST coin values ​​over a three-day period created a domino effect and immediate problems for many market participants, leading to the eventual “ cryptocalyse” and “many of these market participants have had to halt operations, limit withdrawals, or take out emergency rescue loans to survive,” according to Celsius’ bankruptcy filing.

And now, retail investors seem to have little to no options.

Is there a way to recover your loss?

Jeffrey Blockinger, general counsel for Web3 company Quadrata, told GOBankingRates that a user’s ability to recover assets will depend on asset segregation and the total amount of assets remaining on different companies’ balance sheets.

“It looks like most users will end up as creditors of the bankruptcy estate and will receive less than the amounts that have been deposited on the various platforms, if anything,” he said. “The process can take a long time. Generally, funds will be frozen until a count of all assets is completed and a user’s claim is deemed valid by the bankruptcy court.

“Celsius has previously warned that the funds could be unrecoverable and Voyager said some assets are held in FDIC-covered accounts. It remains to be seen what level of protection, if any, Voyager investors will receive through these accounts. If these platforms had insurance, users could recover some of their deposits, but the insurance is unlikely to cover all users’ total losses,” he continued.

Unfortunately for investors, on July 28, the Federal Deposit Insurance Corporation (FDIC) and the Federal Reserve Board took away all hope of recovering any money. In fact, the agencies issued a joint letter asking crypto brokerage firm Voyager Digital to stop telling clients that their investments were insured and demanded that the company remove any previous claims insinuating that clients who had invested with Voyager would receive FDIC insurance coverage for all funds. provided to, and owned by, Voyager.

How long could it take to recover even a little money?

Adding another layer of frustration, investors will need to be very patient as bankruptcy proceedings tend to be lengthy. Rahsan Boykin, general counsel for decentralized exchange Hashflow, told GOBankingRates that a typical bankruptcy proceeding can take three to four months, however, it would not be surprising if a proceeding of this size and visibility take a little longer.

Boykin added that there’s not much users can do to get their funds back at this time, as Voyager and Celsius view customers as “unsecured creditors” who will be the last to get their money back.

“Look at Mt. Gox as an example of what to expect. The exchange failed in 2014 and no one has been reimbursed yet,” he said. bankruptcy, but it seems unlikely to bring good news to customers.”

“Another aspect to watch is the role of strategic third-party players – we have seen FTX offer financial assistance to struggling companies in an effort to acquire assets at a discount,” he added.

He also shared that at this point, the best-case scenario for most users is probably only a partial refund and the ability to write off their tax losses in a few years.

Can these losses be used as tax deductions?

Jay Fraser, head of strategy at blockchain-enabled securities exchange BSTX, echoed the sentiment, telling GOBankingRates that what will most likely happen is that users will write off their holdings as bad debts. on their taxes, but they can only do that if it’s a total loss.

“With so much of the industry-wide collapse caused by Three Arrows’ defaults, the amount of money customers recover will depend on how much money can be recovered from Three Arrows,” a- he declared. “So far, that’s only been $40 million out of about $3 billion in loans. This experience, painful as it is, could be positive for the long-term adoption of crypto by institutional managers. With more guardrails and regulation that closely mirrors traditional finance, risk managers could enable greater exploration of crypto assets for institutional portfolios.

How should investors approach buying crypto in the future?

Although options are limited to recoup losses, experts recommend certain steps for investors before returning to crypto.

“Use Twitter. Start following well-known crypto accounts. Unlike most other industries, in crypto news travels faster on Twitter,” he said. the subject of many rumors weeks before the suspension of withdrawals. Pay attention to traditional finance news: As of 2020, crypto has been highly correlated to the stock market. What’s bad for the stock market tends to be bad for crypto, and vice versa.

He also recommends finding an expert trader to follow, for example using a social trading platform, but remember to only take trading advice from someone whose background you know.

It is also crucial to watch the Fed, he said, because there is still a lot of uncertainty in traditional markets, due to the rapid increase in interest rates, which in turn would lead to a continued decline in stocks, crypto and other assets.

Learn: Are these cryptos the next Bitcoin or Ethereum?
See: What are Play-to-Earn games? Here are the 10 Best Crypto NFT Games of 2022

“Decide on your budget. Figure out how much of your salary should be spent on investments and what percentage crypto should take up in your overall portfolio,” he said. “And diversify with lower-risk investments. Crypto shouldn’t be your only investment. Consider ETFS, stocks, bonds and other assets.

Yael Bizouati-Kennedy is a full-time financial journalist and has written for several publications, including Dow Jones, The Financial Times Group, Bloomberg and Business Insider. She has also worked as a VP/Senior Content Writer for major New York-based financial firms, including New York Life and MSCI. Yael is now independent and most recently co-authored the book “Blockchain for Medical Research: Accelerating Trust in Healthcare”, with Dr. Sean Manion. (CRC Press, April 2020) She holds two master’s degrees, including one in journalism from New York University and one in Russian studies from Toulouse-Jean Jaurès University, France.