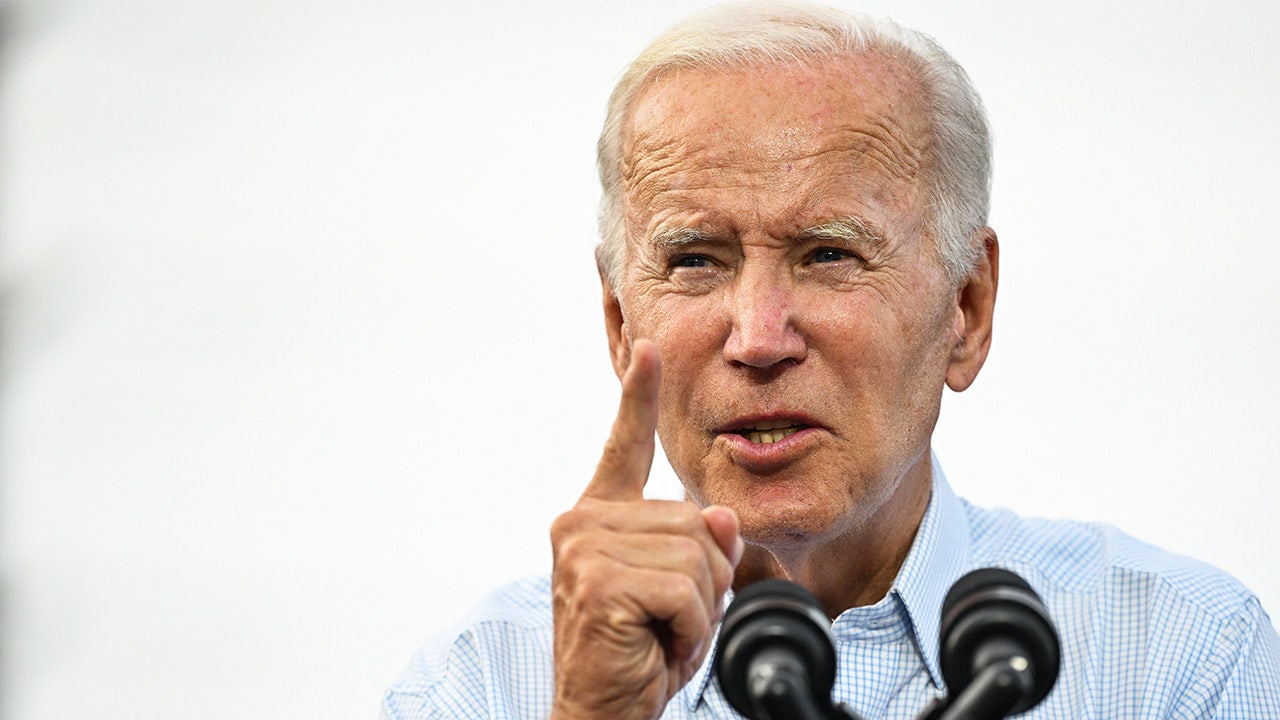 Led by Iowa Governor Kim Reynolds, the lettersigned by a total of 22 GOP governors, targeted Biden’s plan which they said “punishes the poor” and shifts the “debt burden from the rich to working Americans.”

“As governors, we support making higher education more affordable and accessible to students in our states, but we fundamentally oppose your plan to force American taxpayers to pay off student loan debt from a elite – a plan that is estimated to cost the tax-paying American more than $2,000 each or $600 billion in total, a price the people of our states cannot afford,” the governors said. .

“Only 16-17% of Americans have federal student loan debt, and yet your plan will require their debts to be redistributed and paid for by the vast majority of taxpayers,” the governors continued. “Shifting the debt burden from the wealthy to working Americans has a regressive impact that hurts low-income families. Borrowers with the most debt, like $50,000 or more, almost exclusively have graduate degrees, which means that hourly workers will pay for master’s and doctoral degrees from highly paid lawyers, doctors and professors.”

BIDEN STUDENT LOAN DOCUMENT WILL COST AROUND $500B, SAYS COMMITTEE FOR A RESPONSIBLE FEDERAL BUDGET

A letter from 22 GOP governors, led by Iowa Gov. Kim Reynolds, was sent to President Biden on Monday, lambasting him for his student loan plan that “punishes the poor.”
(AP Photo/Charlie Neibergall, File)

“Furthermore, the top 20% of households hold $3 in student debt for every $1 held by the bottom quintile, generating a skewed reality where the wealthy benefit at the expense of labor. Simply put, your plan rewards the wealthy and punishes the poor,” they added.

GOP governors reiterated that Americans’ decision to take out student loans “was their decision” and that those who choose not to take out loans in exchange for college tuition “certainly should not have to pay student loans from others”.

“A high-cost degree isn’t the key to unlocking the American dream — hard work and personal responsibility are,” the governors said. “For many borrowers, they’ve worked hard, made sacrifices, and paid off their debt. For many others, they’ve chosen hard work and a paycheck over more education and a loan.”

Republican governors also warned Biden that his decision to forgive the student loan debt of millions of Americans at taxpayer expense “will encourage more student borrowing, incentivize higher tuition, and drive inflation even higher, which will have a negative impact on all Americans.”

“Even economists in your own party oppose your plan to increase demand and increase inflation,” they wrote. “Rather than tackling rising tuition fees for higher education or working to lower interest rates for student loans, your plan kicks things off and compounds today’s problems. today for the students of tomorrow.”

A student studies at the Rice University library on August 29, 2022 in Houston, Texas.
(Brandon Bell/Getty Images)

Last month, Biden announced up to $20,000 in federal student loan forgiveness. Students who attended college using the federal Pell Grants are eligible for $20,000, but those who did not use the program are eligible for a $10,000 rebate. The document only applies to borrowers earning less than $125,000 per year.

Responsible Budget Committee estimate the cost of aid around $500 billion.

Anders Hagstrom of Fox News contributed to this article.