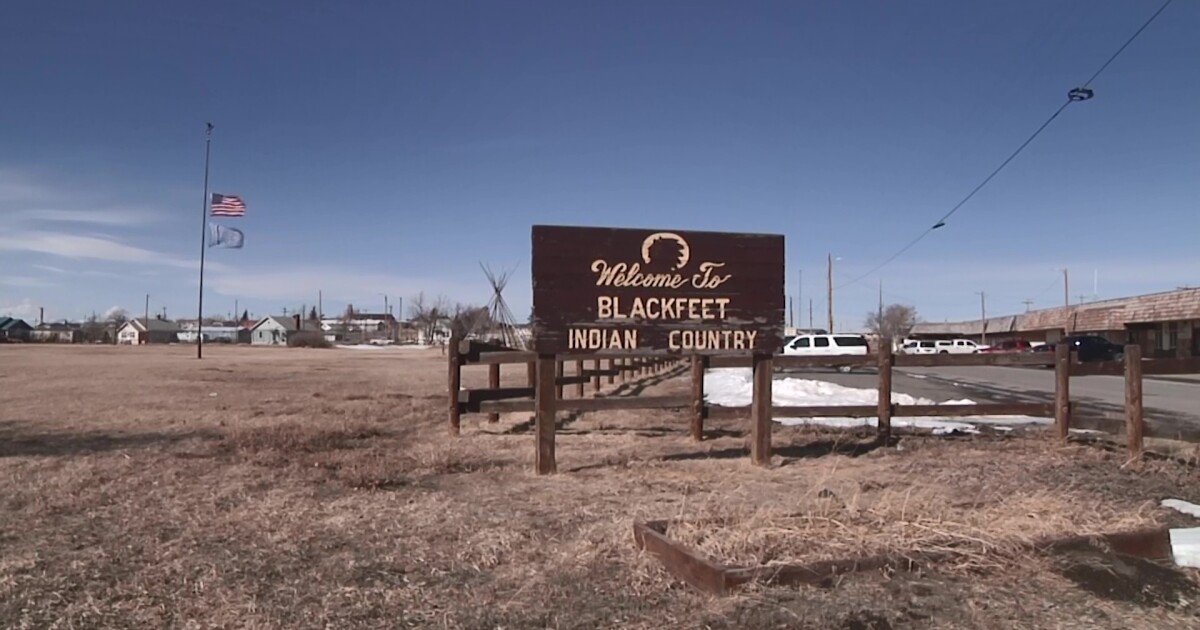 The entire state has experienced some form of drought impact over the past two years, but there is no doubt that north-central Montana has experienced the most persistent and severe drought.

The Blackfoot Reservation encompasses approximately 1.5 million acres in some of the areas hardest hit by the drought. The economy of the reserve is largely based on agriculture and over 80% of the land is used for agriculture.

“The plant change is so big – we haven’t even had any berries this year. We actually have to turn around and go to a commercialized orchard,” says Terraine Edmo, Blackfeet Tribe’s climate change coordinator. The reserve faced problems with drought, extreme temperatures and early spring runoff. In 2018, the tribe released a Climate Adaptation Plan, which addresses the threats that climate change poses to the Blackfeet Nation.

The Blackfoot Climate Adaptation Plan includes 8 planning sectors, each with specific strategies and tactics, some of which are already being implemented. Planning areas include: agriculture, cultural resources and traditions, fisheries, forestry, human health, lands and ranges, water and wildlife.

The Blackfeet Tribe is the first tribe in the Pacific Northwest to execute a plan to combat the growing impacts of climate change. On Thursday, September 15, the Blackfeet Environmental Office hosted over 70 people from an assortment of local nonprofits, universities, government agencies and more to share some of these strategies, which are already integrated throughout the reserve.

Edmo explains that the tribe plans to share the process with other communities: “We wanted to protect our future and the most vulnerable populations, like our language, our animals, all our loved ones. We consider everything to be alive, everything has a spirit and With the planning process, we have kept our traditional and indigenous way of life at the fore. The drought has threatened not only the economy but also the culture of the Blackfeet tribe. Plants used in ceremonies have become more difficult to find due to the exceptionally dry conditions on the reservation.” The sweet grass that kicks off our ceremonies and the berries that we use in our ceremonies, those are really important necessities for us to carry out who we are as Piikani people,” says Terraine Edmo.

“It is a way of teaching our young students. The impacts of climate change have affected our most vulnerable populations, our young people. grandparents there. They can’t get in the landscape and teach them how to fish and hunt,” says Edmo. She also expresses that the COVID-19 pandemic has hit the reserve hard and has impacted the health of many seniors.

Although the Blackfeet Tribe have faced their share of challenges, they are rich in resilience. “We are not the catastrophic type. We are critical thinkers. We have to go fast and roll with the punches.”