Comments Off on ‘Free market environmentalism’ works in Montana – InsideSources 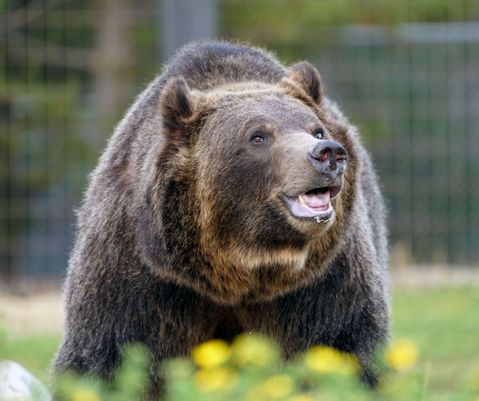 When I first heard of “free market environmentalism” I was pretty skeptical. My assumption about private capital was that its primary duty was to multiply, but this view demonstrated an inability to understand market potential. Markets allow people to provide capital and, as long as they provide enough, to receive just about anything they want in return. It could be a new car, a set of solar panels or a piece of land.

Even knowing this, however, it never occurred to me that with enough investment, a private organization could buy enough land to conserve an entire ecosystem and do so for the benefit of people and wildlife. Yet that is precisely what American Prairie is doing in the Great Plains of central Montana.

To conserve 3.2 million acres, an area the size of the state of Connecticut, American Prairie leverages private philanthropy and property rights to purchase ranch land, improve wildlife habitat and open it to the public. This access includes opportunities to hunt, bike, hike, fish, camp and more.

One of the most exciting aspects of this model is that it is based on the voluntary exchange of goods between private citizens, none of whom have to be paid for with taxpayers’ money. In other words, American Prairie can provide significant public benefits at no public cost, primarily due to the generosity of conservation-minded donors.

Do I mean that all conservation should be privatized and Yellowstone National Park should be run by entrepreneurs? Certainly not, but given the current political landscape and the difficulty for government to effectively purchase and manage land, it is important to seek new, more adaptive models. Some people still believe that conservation outcomes are best achieved when government intervenes to spare our natural resources from the rapacious greed of individuals, but what if other people are convinced that those same resources have a greater value when left intact? Theseindividuals exist too, and thousands of them have chosen to donate to American Prairie’s efforts in Montana, giving a voice to a marketplace for publicly accessible land and wildlife.

The best part is that it all actually works. American Prairie has already seen an increase in biodiversity on land where it has been able to graze its private bison herd instead of cattle. A recent study of its properties found that “bison reintroduction appears to work as a passive riparian restoration strategy with positive diversity outcomes for birds and mammals.”

Another 29-year study of three pastures in Kansas found that reintroducing bison increased native plant species richness by 86%, compared to only 30% for cattle.

By managing these lands, livestock and wildlife in collaboration with neighboring ranchers, the Bureau of Land Management and the Fish and Wildlife Service, American Prairie invests in these communities, attracts ecotourism dollars and strengthens the local economy.

Some of these benefits are felt more directly by participants in American Prairie’s Wild Sky program, which financially encourages wildlife-friendly management practices on neighboring ranches. Interested neighbors can sign up for “Cameras for Conservation,” where American Prairie will pay to install game cameras on the rancher’s property, then pay them for each image of an animal that that camera generates. If your camera takes a picture of an elk or a deer, that’s $50 in your pocket. A mountain lion? It’s $250. And if you document the presence of a grizzly bear or wolf, it will cost you $500 per animal, while you are still raising livestock on the property.

This is free-market environmentalism at work, aligning incentives to make wildlife conservation and tolerance a good business decision rather than a burden on local landowners.

American Prairie is 20 years old and manages 450,000 acres, but including the adjacent wildlife refuge and national monument, approximately 1.75 million acres are now conserved for people and wildlife in central Montana.

To achieve its long-term goals, American Prairie will need to continue to raise private capital, and outside groups will need to accept that ranching and conservation can, should, and must co-exist. America’s landscape and natural resources are vast, but projects like American Prairie illustrate how well-executed free-market environmentalism can help conserve them for everyone.