How to Avoid the Marriage Tax Penalty

Comments Off on How to Avoid the Marriage Tax Penalty 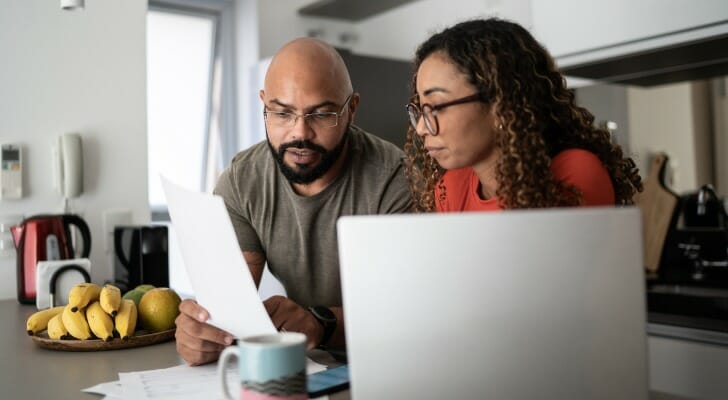 Marriage is what brings us together, but with marital duties come legal and financial responsibilities. This includes taxes, and more specifically, a potential marriage tax penalty. This means that as a married couple you end up paying more tax than you would if you were filing separately. Below, we review what the marriage penalty tax is, what it could mean for you, and how you can avoid it.

You can also work with a financial adviser who may be able to prepare your finances for possible unexpected costs or possibly reduce your potential tax bill.

What is a marriage penalty tax?

A marriage penalty tax occurs when a married couple incurs a higher tax rate when filing jointly than they would if filing separately. The reason for this penalty is that state and federal tax brackets do not always double single income rates for married couples filing jointly. This happens especially among middle to high income people who earn similar amounts of money.

The Tax Cuts and Jobs Act 2017 changed the brackets to reduce the penalty. However, you can still pay a penalty marriage tax if you and your partner earn more than $647,850 on your 2022 taxes.

Where this penalty is more prevalent is on state taxes and they are not all alike. 15 states have some form of marriage penalty built into their tax bracket structure, with only certain brackets incurring the penalty. As of 2022, these states are:

In addition to this, Washington State has a capital gains tax with a threshold of $250,000. This tax is levied on income over $250,000, whether you file a return individually or jointly.

What is a marriage tax bonus?

A marriage tax premium occurs primarily in households where one person earns most, if not all, of the income. By filing jointly, they are entitled to a lower tax bracket than they would if they were single filers. This bonus is the reverse scenario of a marriage tax penalty.

What a marriage tax penalty could mean for you

Let’s take a specific example to show you how much a marriage tax penalty could cost you. To keep things more universal, we’ll use federal tax brackets, even though they only apply to the highest income bracket. For this example, assume that you and your spouse earn a joint income of $1,000,000 in 2021.

How to Avoid the Marriage Tax Penalty

As the old saying goes, there are two certainties in life: death and taxes (but not always death tax). Unlike death, taxes can often be avoided or offset. As noted above, there are only 15 states that have such a penalty in their state taxes with no way to avoid it besides relocating.

Seven other states, as well as Washington DC, have a marriage penalty built into their tax brackets, but allow married couples to file the same return separately. These include:

You cannot avoid the marriage penalty by filing separate returns. This will usually cost you more in taxes. So if you’re in a state where you would incur a marriage penalty and you can’t avoid it, the best thing you can do is compensate for it. You may want to start by looking at itemized deductions. You can usually deduct things like mortgage interest and incidental expenses to reduce your tax bill. If you have any questions, you should contact a financial adviser.

Other tax consequences of marriage

In addition to the marriage tax penalty, couples should consider other tax consequences of marriage, especially if they earn comparable incomes. Any tax bracket, rebate, or refund that does not double the income limits when moving from single filing to joint filing may be subject to this. For example, the Medicare tax increases for single filers to $200,001 and for joint filers to $250,000. A married couple would bear this additional tax much more quickly. It’s important to work with a tax professional if you’re worried about the extra amount you might pay in taxes each year.

The Tax Cuts and Jobs Act of 2017 eliminated the marriage tax penalty on federal income tax for all but the highest earners. Yet the income bracket penalty exists at the state level for 15 states. If you live in one of these states and want to avoid it, you either have to move, which could cost more than the tax, or offset it with deductions. Either way, you’ll end up paying your share of taxes, but you might be able to lower that bill with the right preparation.

The post What is marriage tax penalty and how to avoid it first appeared on the SmartAsset blog.