Chaske Spencer on his new role in English

Comments Off on Chaske Spencer on his new role in English 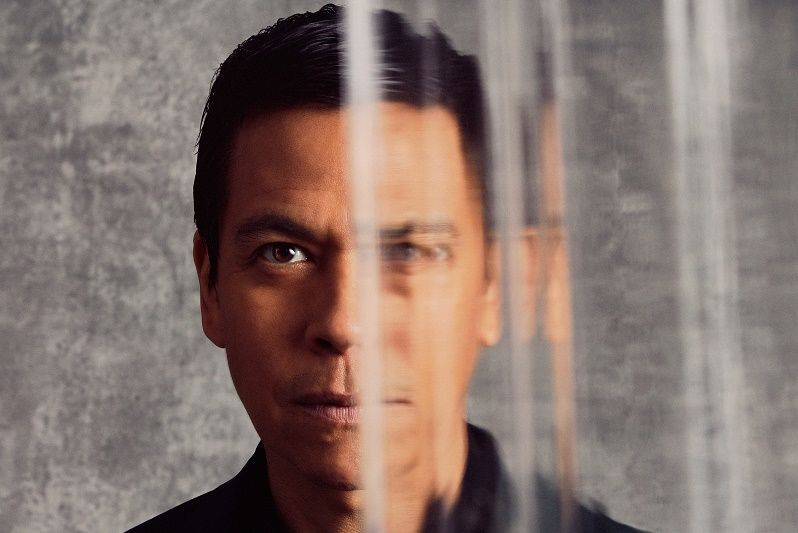 Westerns are getting chic again apparently. Proof of this? Well you might just want to check English, a gritty new western series starring Emily Blunt and Chaske Spencer. Written and directed by Hugo Blick, the series is set in the mythical landscape of central America in 1890.

English follows Cornelia Locke (Emily Blunt), an Englishwoman who arrives in the wild new landscape of the West to seek revenge on the man she believes is responsible for her son’s death. By meeting Eli Whipp (Chaske Spencer), a former cavalry scout and a member of the Pawnee nation by birth, they unite and discover a common history that must be defeated at all costs, if either of them is to survive.

For Chaske, this new role is the latest in a long line of endearing characters he has portrayed in television and film. Best known for his portrayal of ‘Sam Uley’ in the Twilght Saga: New Moon, Eclipse and Breaking Dawn I and IIChaske also starred in the Susanna White directed feature Woman Walks Ahead opposite Jessica Chastain and Sam Rockwell.

Hailing from the Lakota Sioux tribe and raised on Indian reservations in Montana and Idaho, the actor has appeared on series such as NBC’s Blind spotby Netflix Jessica Jones and the Amazon series, Sneaky Pete with Bryan Cranston. His credentials as an actor were confirmed earlier this year when he was nominated for the 2022 Independent Spirit Awards for “Best Supporting Actor” for his work in wild indian.

He is now expanding his repertoire in Englishwhich is due out in November 2022. He is also working hard to lend his presence to the upcoming Disney + Marvel Series Echo, which is slated to premiere in the summer of 2023. With an impressive list of projects, Chaske Spencer is definitely one of Hollywood’s newest talents. In this exclusive interview with AugustManthe actor reveals more about his role in Englishhis upcoming projects and his passion for theater and photography.

Can you tell us more about your character in English?

I play Eli Whipp, a Pawnee Scout who’s been freed and on his way back to reclaim some of his old land. He then meets Emily Blunt’s character, Cornelia, and they both head for the horizon with both adventure and revenge in mind.

What attracted your interest in this project?

Hugo Blick’s writing immediately attracted me to this project. From the witty banter to the clever character development, the entire storyline is masterful.

You star alongside Emily Blunt in this new series; can you share what were your favorite scenes together?

Without giving anything away, I can say that I really enjoyed filming the compass scene with Emily, because it was an incredibly special moment for the characters. I really hope everyone has as much fun watching it as we had making this project.

English is a pure western. Are we witnessing a kind of revival of the genre?

Renewal ? Maybe. I feel like every ten years or so the genre comes back. When Westerns are done well, they form the basis of some of the best storylines on television and in film.

As an actor, how does it feel to represent your culture on screen?

I don’t think playing Eli Whipp was any different than any other role I’ve played when it comes to representing culture. However, again, the writing supports the tone so incredibly well, it was a huge bonus.

You’ve had many roles in franchises like The Twilight Saga and also serious thrillers like wild indian. What motivates you as an actor?

I enjoy a wide variety of experiences as an actor. Walking for a while in someone else’s shoes while playing a role is a fascinating experience. Through each role, I came away with a different perspective on life and that’s incredibly special to me. I like to come back to what I have learned each time.

How did it feel to be nominated for the 2022 Independent Spirit Awards for ‘Best Supporting Actor’ for your role in wild indian?

It was an honor! I also had a wonderful time at the ceremony, I am grateful to everyone who helped support me on this journey.

You also appear in Echo. This isn’t the first time you’ve been involved with a Marvel project, what’s it like to be involved with another superhero series?

It feels good! I can’t wait for audiences to see Alaqua Cox as Echo. She will kill the role. I feel very lucky to be part of the project and had a great time recently seeing everyone together for this at D23.

Your roles have been quite varied. What roles or characters interest you personally?

I like characters that are furthest from who I really am. It’s harder and I gain so much more experience that way. I look forward to discovering more variety as my career progresses.

Beyond comedy, we understand that you also have a passion for photography. What interests you the most in this medium?

I love all forms of art. The expression of emotion and the reflection of thought when creating something is such a gift. When it comes to choosing photography as a medium, I guess I was too impatient to be a painter. I loved the instant gratification!

Can you share with us your other passions beyond comedy?

Acting really takes up most of my life. When I have time, I have the chance to do photography.