The FTX Saga: Lessons We Knew But Didn’t Learn

Comments Off on The FTX Saga: Lessons We Knew But Didn’t Learn 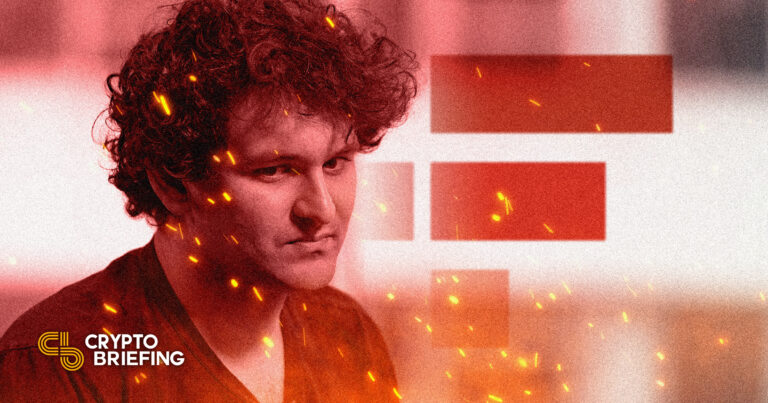 After Do Kwon, Three Arrows Capital and Alex Mashinsky set the standard for outrageous misconduct in the crypto space this year, Sam Bankman-Fried’s dramatic downfall brought to mind one of the internet’s most popular memes. : “Hold my beer.”

This week it was revealed that SBF, while he‘s known in crypto circles, blew a $10 billion hole in the balance sheet of one of the once largest and most trusted centralized cryptocurrency exchanges, FTX. It will take months for the dust to settle and the extent of the damage to become clear.

The lessons that this industry will have to (re)learn to emerge from this crisis, however, will be the same ones it has always preached. Rule 1: not your keys, not your coins; and Rule 2: Don’t Trust, Verify.

Almost 14 years after Satoshi Nakamoto published the Bitcoin White Paperwhere they outlined the plan for “a purely peer-to-peer version of e-money that would allow online payments to be sent directly from one party to another without going through a financial institution,” the crypto looped the loop and most of its trading volume occurred on centralized exchanges, i.e. financial institutions.

Satoshi made his motivation for creating Bitcoin clear, saying he wanted to eliminate the reliance of the financial system on third parties. And even if whoever stood behind Satoshi’s alias was a genius, that idea wasn’t theirs. In 2001, polymath and godfather of smart contracts, Nick Szabo, published a blog post titled “Trusted third parties are security holes.In it, he pointed out the dangers of building systems that rely on trusted third parties and the critical need to build those that don’t.

Then Satoshi came along and created an alternative; Bitcoiners, especially “those pesky, toxic crypto devotees” love to hate, intuitively figured out the idea behind it, latched onto it, and prophesied it to the masses. “Not your keys, not your coins” has become a mantra for the space, aimed at emphasizing the need to self-custody crypto instead of relying on centralized intermediaries. Yet many have ignored this advice. Despite numerous warnings, including the Mount Gox and QuadrigaCX In 2014 and 2019, this year thousands of crypto enthusiasts, including some industry veterans, saw their fortunes wiped out because they used centralized crypto exchanges or lending platforms.

Not only did people choose not to “verify”, but they also blindly trusted completely opaque and inherently risky companies. Billions of dollars have been stuffed into black boxes and guarded by selfish egoists, while the industry has backed off and done nothing. Then we acted shocked when the risks showed up—as if Satoshi hadn’t laid them out clearly in the white paper.

The worst thing about the FTX crisis is that the red flags were clear from the start.

Sam Bankman-Fried made a name for himself in crypto after founding FTX in 2019. He quickly became a prominent industry figure and mainstream media darling without showing any evidence of work demonstrating his previous skills, becoming the world’s richest under 30 as FTX hit $32 billion. dollars in 2022. Bankman-Fried has become known for his geeky personality. and plans to give away his staggering wealth through effective altruism – the wealth he has accumulated rent-seeking and wholesale hopium to venture capitalists who resold it to crypto-tourists looking to make a quick buck by flipping the latest hot coins on the market.

The predatory practices of Alameda Search, the Bankman-Fried trading company founded in 2017, is no secret to the industry. The firm has mined the governance tokens of dozens of promising DeFi projects and then cast them into oblivion, in many cases hurting retail investors and the projects themselves beyond repair. Bankman-Fried also became a strong supporter of Solana, the Layer 1 network whose total value locked was widely inflated by two brothers posing as a team of DeFi developers. Solana has went down several times since it exploded in 2021 and its ecosystem has taken a heavy hit due to the collapse of FTX.

Bankman-Fried has spent this year sticking his face on FTX billboards, mingling with The politicians and regulators, and lobbying for the Digital Products Consumer Protection Act (ACCPD) bill that, if passed, would effectively kill decentralized finance. In other words, he fought his way to the top, then tried to pull the ladder under him to sabotage everyone.

Bankman-Fried oversaw FTX, while Alameda Research was led by Caroline Ellison, a 28-year-old woman with just 19 months’ experience as a junior trader at Jane Street. In 2021, she sparked controversy when she revealed on Twitter that she was using amphetamines. “Nothing like regular amphetamine use to make you realize how stupid a normal, non-drug human experience is,” she wrote. A year later, Ellison found herself at the epicenter of the FTX scandal after it emerged that Bankman-Fried had moved around $10 billion of FTX client money to help the company fight a insolvency crisis.

While plenty of other shenanigans were likely going on behind closed doors, some of which may surface and some that we may never find out, the red flags with Bankman-Fried and Ellison were there for all to see. . Yet very few did – and no one predicted the couple’s fraudulent antics. We fell in love with their spiel despite watching several similar episodes of the same soap this year.

Unfortunately, there are still many red flags in the industry.

The events of the past week in crypto are nothing new. History is full of abuse of trust, money and power. This is why Satoshi invented Bitcoin – to create a solid monetary system that eliminates the need for trust and cannot be abused. But it seems we can’t help ourselves. The end of Jeremy Irons monologue in the movie margin call sums it up perfectly:

Change the years of financial crises with crypto explosions, i.e. Mt. Gox, QuadrigaCX, Voyager Digital, Celsius, FTX, BlockFi, and the parallels are clear. It’s just the same cycle repeating itself. It seems that we never learn.

In a strange cosmic irony, the crypto industry had come full circle, picking out and replicating the worst aspects of the traditional financial world it initially sought to subvert. Reliance on trusted third parties, shady off-chain transactions, over-leveraged and unsecured borrowing for relentless risk-taking – we’ve done it all, and done it shamelessly, in typical cypherpunk fashion. Only this time, the government and the central bank’s endless balance sheet won’t be there to cushion the blow, privatize the gains and socialize the losses, as has been the real-world tradition for some time.

And for the nocoiners armed and ready to shout, “we told you so” – relax. It didn’t happen because “crypto is a scam,” or because “crypto is unregulated.” FTX was a regulated company under the comprehensive laws and regulations of the same offshore jurisdictions as your politicians who promote these nonsensical mantras to hide their wealth. In other words, a regulated company has done something illegal without being caught by regulators. What a shock, right?

We screwed up royally this time, not because our goals were dastardly, but because we failed to learn the lessons we already knew: don’t ignore the red flags; don’t trust, verify; and always keep your assets clean.

Disclosure: At the time of writing this article, the author of this feature held ETH and several other cryptocurrencies.

You should never make an investment decision about an ICO, IEO, or other investment based on information on this website, and you should never interpret or rely on information on this website as advice. investment. We strongly recommend that you consult a licensed investment advisor or other qualified financial professional if you are seeking investment advice on an ICO, IEO or other investment. We do not accept compensation in any form for analysis or reporting of any ICO, IEO, cryptocurrency, currency, token sales, securities or materials raw.